Originally conceived as the means by which independent prep schools would share admission assessments to public schools across the land, the Common Entrance (CE) Examination has been around for around 150 years. In 2018, we decided to move away from the CE exam, since it was restricting teaching time in order to practice papers and placing young children under unnecessary stress. We replaced this with our own, bespoke award which celebrates all that pupils aim for as they leave Year 8.

Rather than boil down pupils’ leaving certificate to eight examinable subjects, the SPACE Profile recognises effort (noticeably absent in CE data) and attainment across every single lesson in Years 7 and 8: from maths to English to drama, DTE and sport. These scores are set against the average for their year group which produces a profile of their relative strengths. We also pay tribute to other notable achievements that have benefitted the School community during this time such as captaincies, Headmaster’s Awards, charitable efforts and so on.

A move away from the CE exam has not signalled a drop in ambition; far from it. A spine of the CE curriculum remains in place and pupils that require this exam for entrance to other schools can be entered individually. By stepping back from the routine entrance for the summative exam, however, we preserve time for teaching, deeper understanding, discussion and debate. We are also free to determine our own schemes of work which are designed around a smooth transition into Year 9 and GCSE.

Exams are a fact of life for school children and learning to revise effectively is an important part of the learning process. Less welcome is the all-or-nothing experience of a single summative exam for a 13 year old child. Instead, pupils in Years 7 and 8 will be involved in a total of four exam weeks over their final two years in School. These carry greater weight as the children get older until their final exam in the summer of Year 8, which will be worth 15% of their total attainment grade. The vast majority of this score will come from their report grades, which are generated by unit tests, coursework and practical tasks. Children learn that an exam need not be feared and also that sustained effort pays off more than last minute cramming.

Pupils have responded extremely well to our change of focus, working hard across the board and reaching their potential in all areas. 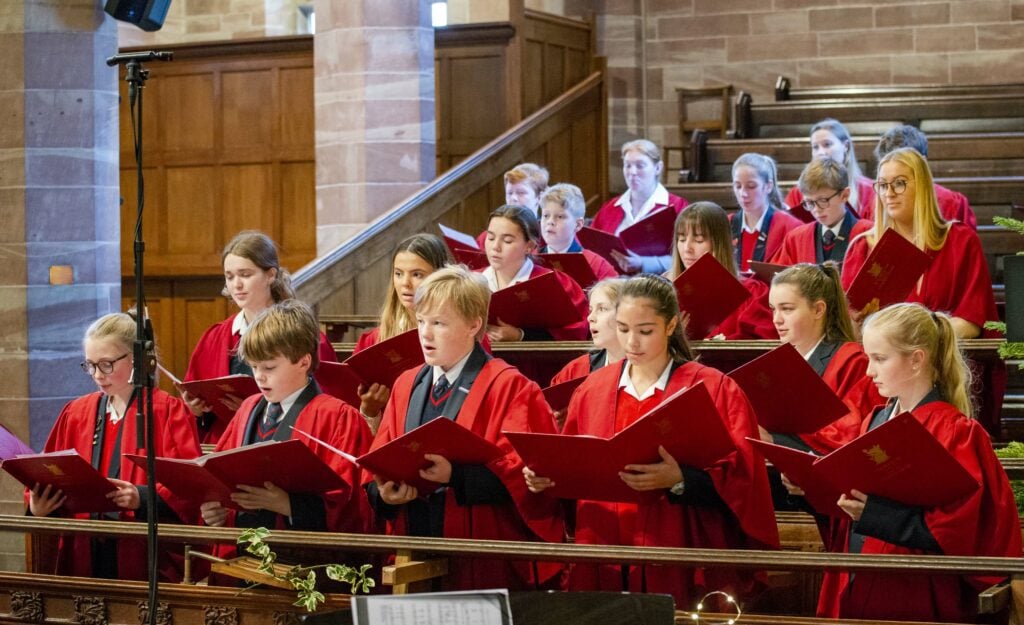