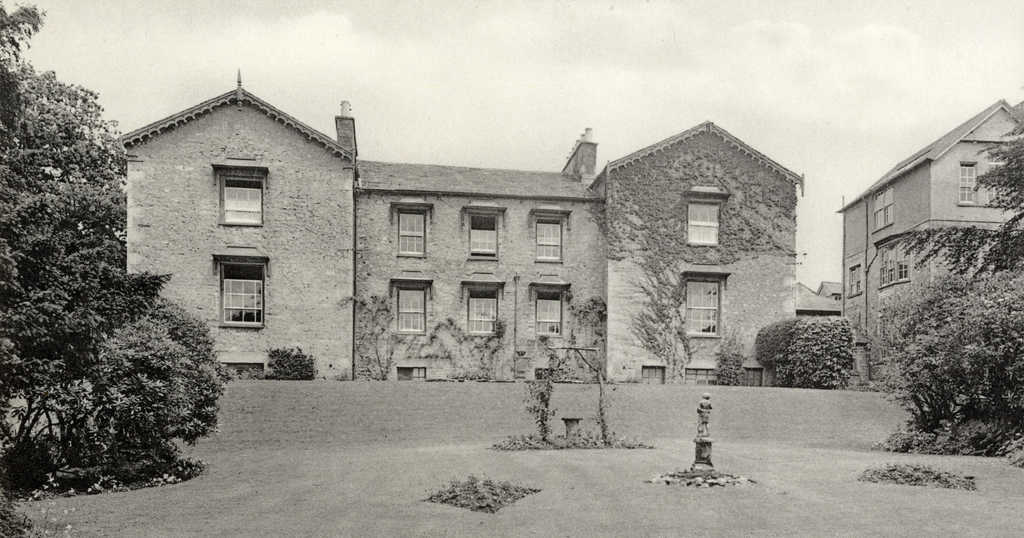 a brief history of casterton school

Casterton School opened in January 1824 to provide education for the daughters of Clergymen. The school, founded by The Revd William Carus-Wilson, was initially at Cowan Bridge and it was here that the four eldest Brontë girls arrived within a few months of the school opening. Sadly, the school was hit by an epidemic during its first winter and amongst the six casualties were Maria and Elizabeth Brontë. It is believed that their childhood deaths inspired Charlotte’s account of the death of Helen Burns in Jane Eyre. By the 1830s the school numbers had increased to 90 girls and as the cottages at Cowan Bridge reached capacity the school had to turn away prospective pupils. Carus-Wilson believed that a site on higher ground would render the school less susceptible to outbreaks of illness and so the school relocated to Casterton which had accommodation for nearly 200 girls with “ample room for gardens and playground”. The school was privileged to have educational reformer Dorothea Beale as Headmistress for several years in the 1850’s. Beale went on to found St Hilda’s College, Oxford but continued her association with Casterton for the rest of her life, founding a scholarship in 1905 for bright girls to progress to Cheltenham Ladies College.

In 1921 the Clergy Daughters’ School merged with Lowood School, a domestic service training school founded by Carus-Wilson in 1820.  Following the merger the combined school was called Casterton School for the first time. Lowood became the Junior School and was renamed Brontë House.

During the twentieth century the school flourished. Girls reached high levels of academic attainment with many winning places at Oxford or Cambridge before moving on to a diverse spectrum of careers. Outside the classroom girls were given the opportunity to learn about home electrics and leadership skills as well as taking part in vigorous inter-school sporting competitions. Many girls reached County and National level prominence in their individual sports.

history of junior education at sedbergh

When Cressbrook School, Kirkby Lonsdale, closed in 1976 facilities were made available to educate some of the pupils at Sedbergh. Cressbrook School had been founded in 1913 by Felix Dowson, a pupil in Evans House 1892 – 1897. Rather than have the pupils move to a school which fed into a different secondary school, it was decided that the 20 oldest boys would be accommodated at Sedbergh. It was hoped that this would encourage them to continue at Sedbergh School when the time came for them to move up to the senior school.

Peter Yorke, former deputy head of Cressbrook School, and several other staff members moved to Sedbergh with the boys after Cressbrook School closed. A new Cressbrook house was opened on the site of what is now Robertson House, half of the building was converted to Cressbrook and the other half remained as the Sanitorium. In November 1976 it was decided that the house might continue to be open to 11 and 12 year olds the following year. By 1978 there were enough junior entrants to fill Cressbrook House and over the next ten years the House was expanded several times to take more and more pupils. By 1987 the house could accommodate up to 60 boys. In 2002 The Prep School moved to the site of Bentham Grammar school at Low Bentham to make use of the full range of facilities. This move allowed the school to develop into a school in its own right with its own ethos and traditions.

The opportunity to return to Sedbergh arose in 2008 when it was proposed that ‘The Terrace’ and Marshall House could be converted to provide separate boarding houses for both boys and girls as well as new classroom spaces near the Senior School Library. An extensive renovation project was undertaken to convert the chaplaincy, school shop, archive store, squash courts and ‘The Terrace,’ and in January 2009 the new The Prep School site welcomed pupils. The school continued to expand and each year new facilities were made available to the school community.

In 2013 the merger between Casterton and Sedbergh allowed for further expansion with the junior school relocating to the site of the former Casterton School, allowing for a much needed increase in space and facilities. Casterton, Sedbergh Preparatory School has over 200 pupils and continues to flourish offering an excellent education on the beautiful site selected by Revd Carus-Wilson.