As the current national champions in Rifle Shooting, Sedbergh caters to all levels of participation in the sport, from casual shooters to those competing at national and international level.

Sedbergh boasts two of its own indoor ranges, at 10m and 25m, which allows us to offer all Sedberghians the chance to try the sport.

The winter season is mostly devoted to indoor shooting at 10m, 25m and occasionally 50m, where we compete in national leagues and matches around the country against other schools, universities and clubs. We also enter military-inspired Service Rifle matches, which test shooting skills in different scenarios where competitors must contend with moving quickly between distances, firing rapidly but accurately, and shooting from different positions. We are currently NW regional champions in this discipline and looking to expand our profile at national level. 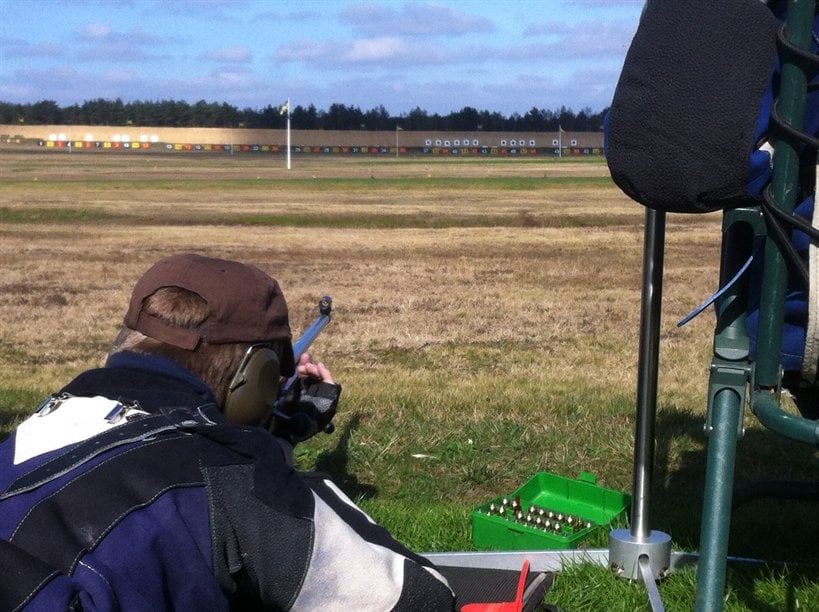 In the summer, the focus moves to long-range Target Rifle shooting on outdoor ranges around the country. Shooters learn to compete at distances from 300 to 1000 yards and to compensate for the effects of wind, gravity, weather and even the curvature of the earth on the flight of their bullets. Highlights of the season include the Yorkshire Open meeting at Huddersfield and the Scottish Long Range Championships at Blair Atholl in the Cairngorms – perhaps the world’s most beautiful range, set into the side of Glen Tilt.

The shooting year is structured around three residential trips to Bisley Camp in Surrey – the home of British shooting – where we compete on ranges of Olympic and Commonwealth Games standards. These provide a progressive programme of training for those new to the sport, teaching all the skills necessary to compete at full adult level. Some are able to reach this standard in their first year, but most spend two years preparing before receiving an invitation to compete in the Imperial Meeting at Bisley – the highest level of shooting competition in the UK, where they will shoot shoulder-to-shoulder with British and World Champions. Our shooters have a proud record of success at the Imperial Meeting, with Daisy Armstrong recently defeating all comers to win the coveted ‘Alexandra’ trophy and Freddie Cade being graded into the ‘A’ class – approximately the top 15% of British shooters.

A steady stream of Sedberghians go on to compete at levels beyond the school – three current pupils shoot for Yorkshire at senior level and we have six competing internationally for Home Nations and Great Britain. The governing body for British junior shooting organises three tours – the UK Cadet Rifle Team (equivalent to GB U16) to Jersey, the ‘Athelings’ (equivalent to GB U17) to Canada and the GB U19 Rifle Team to South Africa. This year we have continued our usual pattern of having representatives on all three of these tours. Several Old Sedberghians have gone on to win senior international honours, with John Warburton (Lupton 75-80) recently captaining GB in their victorious 2018 tour of Canada.