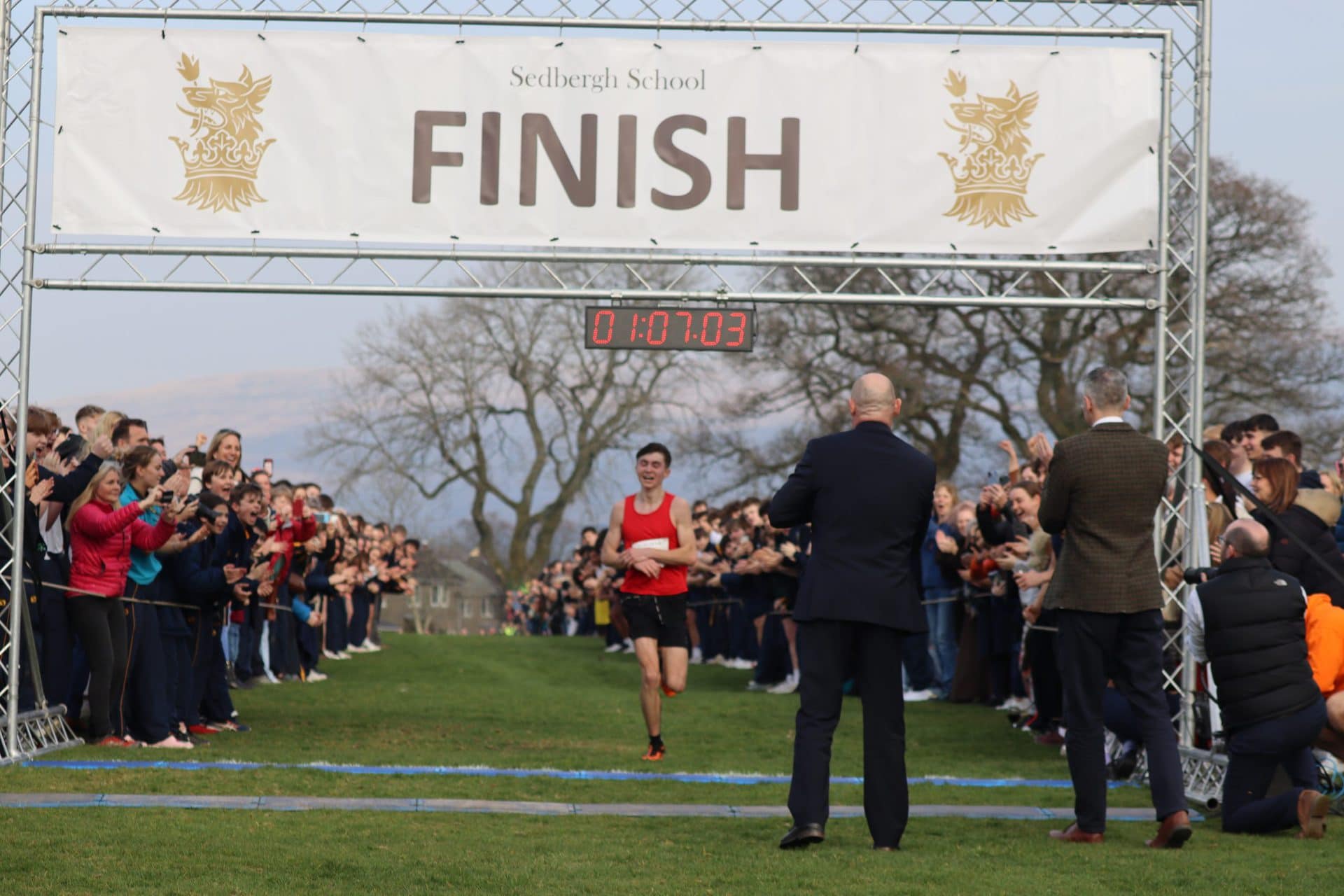 The Wilson Run, or Ten Mile, is always run at the latter end of Lent Term and is a major part of the School's history and tradition. It has been raced over almost the same route since its beginnings in 1881 and has only been cancelled on four occasions in its illustrious history.

Entry, which is optional, is restricted to those boys and girls in the Sixth Form or any pupil who has reached the age of 16 on September 1st of the preceding year.

A new training course, covering a similar route to the actual race course, was introduced in 2005 to give pupils more opportunity to train for the event and to familiarise themselves with the course. All boys and girls must complete this within a set qualifying time to be eligible for the actual race.

Race day itself is a major event in the School calendar and vast numbers of pupils, parents and Old Sedberghians line the route. Medals are presented at the finish and all runners are invited on stage at the evening’s Wilson Run concert to round off the occasion.

1. There will be guided walks starting from Queens Hall for those who do not know the course. These will depart at 9.00am. If you do not know the route, please join these groups. Coffee available from 8.30am.

2. Simple maps will be available at Lupton from 8.15 onwards

3. Please follow guidance from marshals if they ask you not to use specific parts of the course where we only have permission to run in the afternoon

4. Please DO NOT bring DOGS, not even on leads  – it is lambing season. Please discourage others from doing so.

5. Please abide by the Countryside Code – most particularly; shut gates and leave no litter

6. Look at the forecast in advance and select suitable clothing and equipment/drinks. 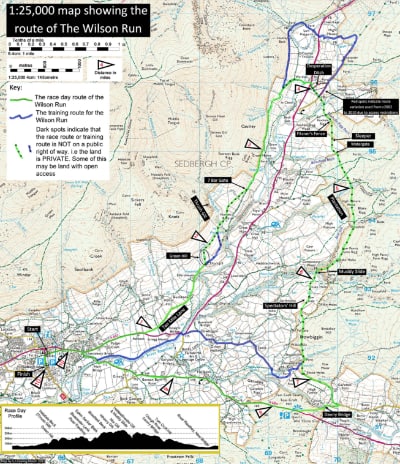