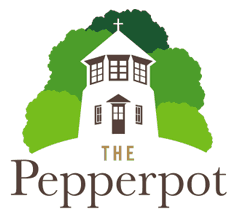 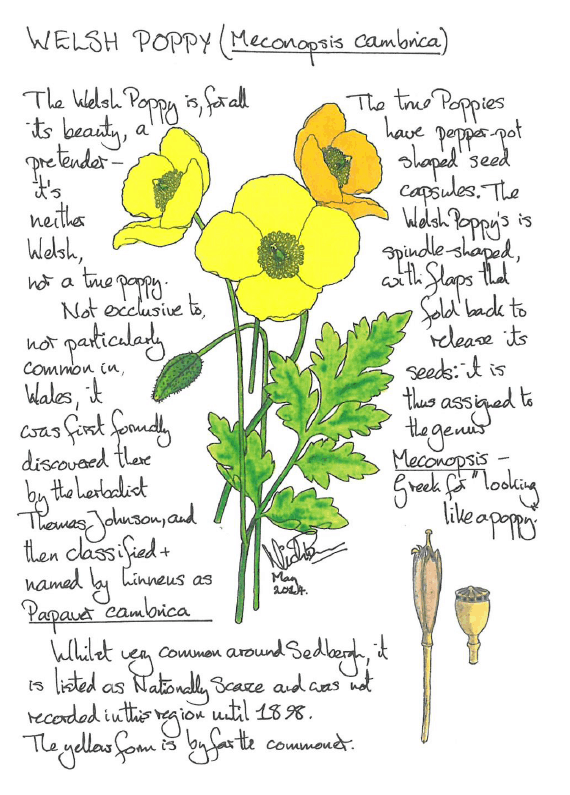 Sedbergh has 11 known “scarce species” of which Monkshood and Welsh Poppy are almost certainly garden escapes : the latter was first seen in the area in the 1830s, but it has become so abundant locally that “it is considered to be a ‘native'” (Halliday, 1997), so much so that it seems absurd to class it as being a Nationally Scarce Species (NSS), There are several other “scarce” species that are fairly common to the area: these include Chickweed Willowherb and Spignal. Chickweed Willowherb is a colourful and conspicuous plant of upland bryophyte-rich spring vegetation which is sparsely but well dispersed over the acidic Howgills. Spignal is very much a plant of the Lune Valley, particularly between Sedbergh and Tebay – so much so that the region is nationally famed for it. It was around Tebay that the herbalist John Gerarde first recorded it growing in his General Historic of Plantes (1597). Its present status within the locality remains “healthy” – this despite a field of it at Dillicar being completely destroyed in the 1970s to make way for a motorway construction site.

The Pale Forget-me-not is also a plant of local interest. The first British specimen of this particular species was collected from Cautley Crags (A. Wilson 6 Sept 1892). As a species it is very much restricted to the N of England, where Halliday records it as being “not uncommon in the Fells”, and speculates that it may well have been previously overlooked and under-recorded.

Doing less well are the Bird’s-eye Primrose, the Bog Orchid and the Cornflower. It is probable that the cornflower has never done well in this area – Handley (1897) records it as “a beauty, but very rare; it grows at Birks.” Bird’s-eye Primrose on the other hand was described by Handley as being “in all our valleys”, and yet a hundred years later Halliday says “it is now very scarce in the Sedbergh area.” The most likely reason for its decline is the increased grazing and grassland “improvement.” Suffering similarly at the hands of agriculture are the two Eyebright sub-species of Euphrasia officialis. These are both species of unimproved grassland and hay-meadows. Interestingly both subspecies were found within a few yards of each other on the old railway track embankment by Jackdaw Bridge. Even more sensitive to agriculture is the Bog Orchid, the bulbs of which can tolerate virtually no disturbance. As a species it is in rapid national decline. It is now restricted to parts of the New Forest, Purbeck and Cumbria. Of the 1997 Survey’s 10 Cumbrian tetrads containing Bog Orchid, 9 of these were in The Lakes. “This is a plant of lowland mires….the pseudobulbs are frequently only half buried in sphagnum, or bare pear (Halliday). The plant is so tiny and insignificant that it is easily overlooked and speculates Lang, “has therefore been under-recorded” (Britain’s Orchids, 2004). This under-recording has probably been increased by its habitat – one that can reward the unwary botanist with sudden immersion. Another rare orchid, although not of NSS status, is the Small White Orchid. Again it is disappearing fast as a result of agriculture. In all there are 9 Cumbrian Tetrads (more than any other county) and Sedbergh has 4 of these.