Sedbergh School was founded in 1525 by Roger Lupton, provost of Eton College and Chaplain to Kings Henry VII and Henry VIII. Folklore tells that as there was no local school for Lupton to attend he walked the 270 miles from Sedbergh to London to gain an education.

The earliest school building is likely to have been on the site of the current school library. The library was built in 1716 and had a simple wooden upper storey inside. This drafty building was heated with one fireplace which the sole master sat beside. The pupils sat in rows with the oldest boys closest to the teacher and the fire, whilst the youngest boys sat at the farthest end of the room. The library is a much more welcoming building now which includes scholars’ booths and private study areas.

The oldest boarding house, Evans House, was built around 1750 as a private house. The headmaster Christopher Hull lived there and took in private boarders. When he died the school bought the house and continued the tradition of the headmaster living in Evans house and taking in boarders. Local tales suggest that a secret tunnel links Evans House to the church next door and that Bonnie Prince Charlie used this to evade capture during his journey through Sedbergh.

In around 1870 the school numbers dropped to only 9 pupils and headmaster Heppenstall was brought in to transform the school. He believed that the school needed to increase in size dramatically to secure its survival. At that time the school estate consisted only of the library building and Evans House. Heppenstall commissioned a firm of well-respected architects, Paley and Austin, to design the Victorian Main School buildings and three purpose built boarding houses, School House, Hart and Sedgwick. Heppenstall formed Sedbergh in the model that still exists today. He established the architectural style of the school, introduced rugby in 1879 and started the Sedberghian magazine in the same year. During this period of change Lupton House was built in the town. The three separate town houses were rented by school initially and then converted to form one character filled building. At first the school boarding houses all had fluid names and would be called by whichever house master was running the house at that time, for example, Sedgwick would be called Mr Oliver’s house. In 1908 the houses were given permanent names in tribute to influential characters from the history of the school.

Worship for Sedbergh pupils originally took place in St Andrews Church, however the expansion of the school during the 19th century meant that the school could no longer be accommodated at town religious services. The new chapel was completed in 1897 and features yellow sandstone on the exterior and red sandstone on the interior. The building is fitted with many stained-glass windows that fill the space with shafts of coloured light when the sun shines. 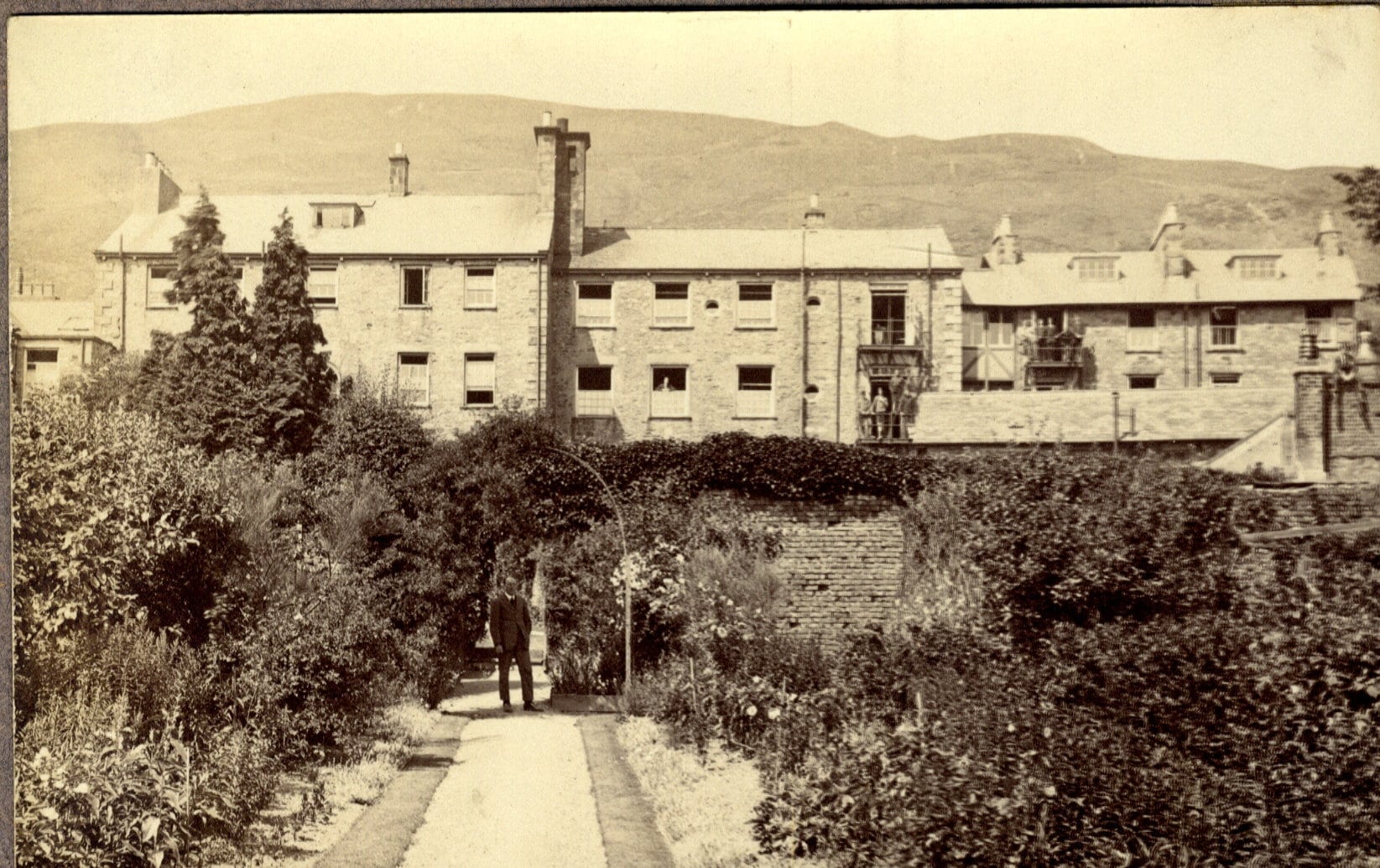 During the first world war the Masters’ hostel was converted to become Powell House, the sixth house to be formed. Sadly 259 pupils lost their lives in the war. These boys are commemorated on the Memorial Cloisters that were completed in 1922.The monument has five arches to represent the five houses who had suffered casualties. The Cloisters are purposefully of simple design as it was felt that the building should not have needless decoration.

Throughout the twentieth century the school continued to expand. Winder House was established soon after the first world war. Later, the sanatorium was converted to accommodate junior boys under the new title, Cressbrook House. As the junior department swelled in numbers a junior school in its own right was established a short drive away. Girls arrived at Sedbergh in 2001 filling first Lupton House and later Robertson House, the former sanatorium. Following the merger with Casterton School in 2013 a third girls house was opened, Carus house, which is named after the founder of Casterton School.

The school continues to grow and develop with the new Hirst Centre providing excellent sporting provision since 2018 and plans for a new design centre well under way.

Sedbergh alumni have held the highest positions in law, diplomacy, sport and business. Amongst the notable alumni are Adam Sedgwick, known as the founder of modern geology and mathematician James Inman, a pupil in the 1790’s. Inman was Professor of Mathematics at the Naval School, Portsmouth and wrote several technical treatises including Navigation and Nautical Astronomy which became the standard text for nautical navigation for nearly 200 years. More recently Thomas Bingham, Baron Bingham of Cornhill was educated at Sedbergh. He was a British Judge who served as Master of the Rolls, Lord Chief Justice and Senior Law Lord. He was recognised as the greatest judge and lawyer of his generation and was a generous supporter of the school. Multi award winning screen writer Simon Beaufoy gained his first theatrical experience at Sedbergh School performing in The Revengers Tragedy. His first Academy Award was given for his screenplay The Full Monty. More recently his screenplay adaptation of Slumdog Millionaire saw him win a further Academy Award as well as a Golden Globe and a Bafta. Sedbergh alumni have long excelled in sport with Rugby being perhaps the team sport most commonly associated with the school. Will Carling O.B.E. played for Rosslyn Park and Harlequins alongside a long career with England which saw him gain 72 caps between 1988 and 1996 and captain the squad 59 times. In women’s rugby Abbie Scott currently plays for Harlequin Ladies and England. During the 2018 Quilter Internationals she gained her first captaincy leading the team to a 57-5 victory against USA.

Recent alumni are supported by the vibrant Old Sedberghian Club, which was first recorded in school documents in 1890. The club facilitates internships and career development opportunities within the alumni network as well as hosting sporting and social events.

The Archive is home to a vast collection of historic material. The oldest items in the collection date from 1527 and the newest items are being created by staff and pupils now to record the historic achievements of current pupils.

The archive holds much material that captures the history of the school, its’ pupils and the manorial land across Yorkshire that Sedbergh School managed over several centuries.

The diverse collection also includes a Sedbergh School rugby ball that has orbited the earth on the NASA discovery shuttle, a WW1 Infantry Sword and a bound collection of speeches given by Franklin D. Roosevelt and inscribed by hand by President Roosevelt to Winston Churchill.

The archive can be visited by appointment. For more information please contact the archivist Katy de la Rivière at kdlr@sedberghschool.org or 01524 239410.

Recent alumni are supported by the vibrant Old Sedberghian Club, which was first recorded in school documents in 1890. The club facilitates internships and career development opportunities within the alumni network as well as hosting sporting and social events.

Sedbergh has a rich history in terms of traditional songs that represent the school, for more information click here.